Here’s a quick experiment for you – swap your TikTok credentials with one of your friends or someone in your family and compare the posts that appear on their feed with yours. You’ll realise that they’re completely different posts that appear on theirs. You might have never seen some faces ever before. This isn’t true just for TikTok but for YouTube and e-commerce websites such as Amazon as well. It is because these platforms work on something called the Interest Graph.

The interest graph is something completely different from the social graph that Facebook uses. Social networking platform Facebook shows everything on your feed on the basis of everything that it knows about you. Take a deep dive into what a social graph and an interest graph is, how they work, what platforms use which type of graphs and how they use the data we provide them with, for good or for worse. Let’s begin with the basics.

What is a social graph? 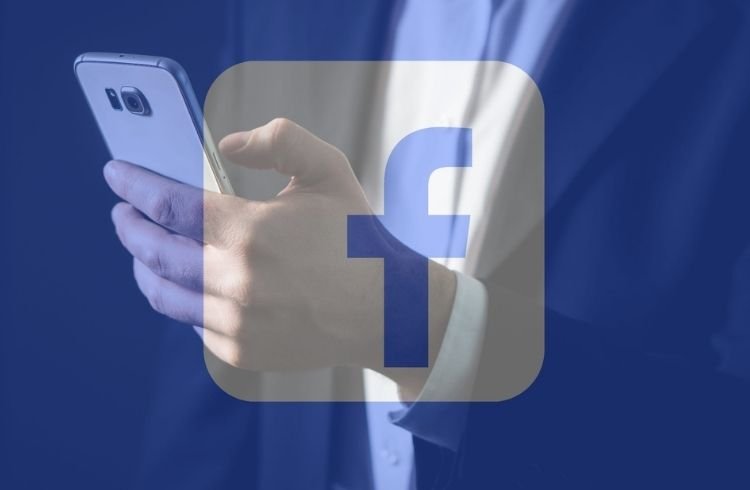 Unless you’ve been living under a rock, you know that Facebook has piles and piles of data on you. It knows who you are, where you live, who your friends are, what you guys do together, your family members and other information like what posts you’ve “liked”, what kind of content you engage with, what products you have bought in the past and what services you’ve shown interest towards. Facebook collects all these data points and much more to create your social graph.

The thought process behind the social graph is that people are more likely to like something their friends or family members like. You can think of it as an online and personalised recommendation from a friend. So, if Will likes a restaurant, that particular restaurant can create a personalized ad on the social platform telling you that Will likes it, in a hope to grab your attention and make it more likely to get a click from you.

This is Facebook’s business and revenue model in a nutshell. The platform lets advertisers take a dive into the audience’s social graph and deliver personalised, more meaningful and compelling ads. The social graph works like a charm until you are friends with someone who has completely different interests.

Let’s say you are someone who is interested in the stock market and you’re friends with someone who loves sports. This is the Achilles heel of the social graph because it isn’t always safe, or profitable, to assume that you like everything that your friends do. Here’s where the interest graph steps in.

What is an interest graph?

Interest graphs essentially link users and their interests to show them posts, products and recommendations that best suit their personality. Simply put, an interest graph is the network of people that share the same interests connected via the products and collections they like.

mechanism works on creating a taste or interest profile that matches you with the recommendations and likes not of your social network, but of people who have similar tastes and interests.

The interest and interest graph of any user is based on their profile, personality, education, location, profession and so on. The lifetime or shelf life of the interest is another crucial factor to consider while building the graph. Some interests last longer like painting and singing whereas some have a shorter life span like a song, movie or an article. Therefore, understanding the interest of any given user is a continuous, and not a one-time activity.

In order to get a hold of the user’s personality and interests, the website or platform tracks the users likes and dislikes and creates the users’ interest profile. Once your behaviour begins to match the behaviour of a set of users, the website/platform will start sending you suggestions and recommendations based on what people from that set usually show interest in.

A great example of an application of interest graphs will be the recommendation engine of Amazon. The e-commerce giant, instead of showcasing what your friends purchased, shows what other shoppers with similar purchase history have bought. Not just Amazon, interest graph is also being used by online dating apps, video streaming platforms like Netflix and music streaming apps.

Since its launch in 2016, TikTok has a database of 800 million active users across the globe [1] and the app has been downloaded more than 2 billion times [2]. The secret behind the worldwide success of TikTok is also the interest graph that runs solely on an algorithm based on time duration for which a user chooses to watch a video. Owned by Bytedance, it was the first company to gain so much recognition in the United States.

TikTok offers frictionless personalization to its users that brought the platform instant success. Once you download the app, you don’t have to follow anyone or tell the app about your interest/likes, follow anyone or  even choose what to watch. TikTok shows you a video and the only decision you need to make is how long you watch it. It takes a different approach by bypassing the social graph (which feels like work), watches how you interact with videos on the basis of which it decides what type of content to show you in the next videos.

What people usually think about the platform’s algorithm is that it has gotten better, which isn’t necessarily true. TikTok’s algorithm has been trained on gigantic amounts of training data sets, which is why it is eerily personalised and accurate.

The platform’s global appeal allowed it to reach billions of people faster than any other social media platform. However, it set the platform on a course of collision – the rise of internet nationalism. This ultimately dragged TikTok into international politics. 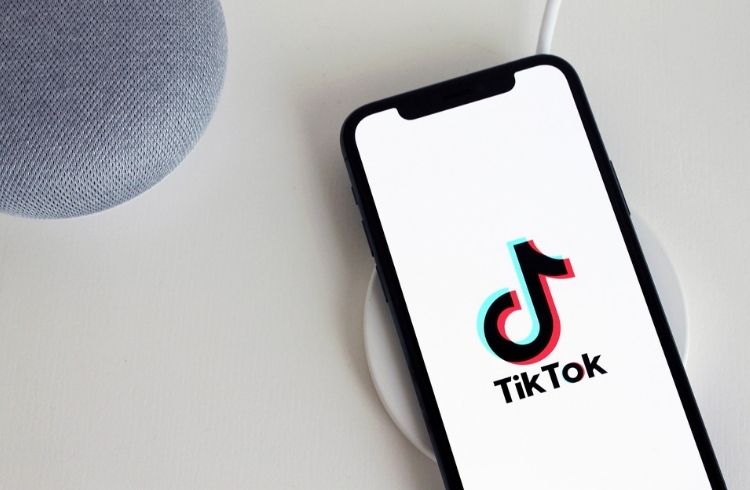 Australia and South Korea have cited national security concerns over the app and the US President Donald Trump has also issued executive orders against TikTok and WeChat, a Chinese messaging application. In several interviews, President Trump has also indicated that this is about revenge against China for projecting the world to COVID-19.

Bytedance is a China-based company which makes it subject to surveillance by their government which hasn’t ever been in the favour of the free internet and has been known for human rights abuse, cyber espionage and censorship. However, TikTok says the company has never provided any data of United States users to the Chinese government.

Here’s a video that talks about interest graph, social graph, TikTok and different governments’ take on how open the internet should be:

YouTube also uses the same approach that is followed by TikTok. It is one of the biggest and most trusted video platforms in the world. Globally loved streaming service Netflix also considers YouTube as one of  its biggest competitors. However, videos on YouTube are of longer duration and TikTok videos are just 15-second long, which means you watch more of these videos. More videos mean more data which is what contributed majorly in TikTok’s success across the globe.

After India banned TikTok, video streaming platform YouTube launched Shorts launched in India. The feature will allow creators to make and upload videos of 15-seconds or less using a new and exciting set of creator tools like a similar-to-TikTok multi-segment camera, timer, countdown and speed control features. Thanks to YouTube’s massive song library (that the platform says will further grow over time), creators will also be able to add music to these videos.

According to YouTube, it now has 2 billion+ users on its platform, which is approximately one-third of the entire internet [4]. The platform is likely to leverage enormous piles of data of its users it has accumulated over the years to curate what is shown to the users through YouTube Shorts. YouTube Shorts is available only in India for now.

Many attempts have been made to combine both the graphs by tech companies. The future of a Social Web will be dependent on getting these 2 types of graphs to work together. We have just started to see some interesting attempts at the same.

There are mixed opinions all over the internet about the good, bad and worse things social networking websites have brought into our lives. It is not a secret anymore that Facebook, Instagram, Snapchat, TikTok and other social platforms track a lot more user data than one can imagine. In September 2020, streaming service Netflix released a documentary called the “The Social Dilemma” that featured  Center for Humane Technology’s Tristan Harris, Justin Rosenstein who is the co-inventor of the Facebook ‘Like’ button, former President of Pinterest Tim Kendall and former Director of Monetization at Facebook, author of “Weapons of Math Destruction” Cathy O’Neil and Rashida Richardson, the Director of Policy at the AI Now Institute. Directed by Jeff Orlowski, this social media documentary on Netflix gives you an in-depth insight on how exactly social media is evil, how it manipulates its users and contributes to issues like teenage mental health issues, misinformation, viral conspiracy and political polarization.

Orlowski said in a statement that the social media algorithms control what we see on the platforms, how we see it and when we see it with absolutely no regard for truth or humanity. The social platforms are explicitly driven by business models that value attention about quality, he adds. The algorithms will also systematically push users to more extreme and polarized thinking in search of anything that keeps them engaged. Realising what effect Facebook has on users online and offline life, the co-inventor of Facebook Like button Justin Rosenstein has gone ahead and deleted Facebook from his phone.

The documentary is now available worldwide on Netflix. You can have a look at the trailer of The Social Dilemma here:

The Netflix social media documentary, The Social Dilemma is an attempt made by the creators of the world’s most used technologies to address the beyond-control effects it has on people’s lives and human behaviour. The creators go ahead and talk about how the social networks really have an outsized impact on lives and deserved to be taken as seriously, now more than ever. The docu-drama delivers what it promises in the trailer by showing how exactly the algorithms are designed to use human psychology against us to keep us craving for more, to unlock our screens one last time and scroll through our feeds.

Why is it a docu-drama? Because apart from all the speakers mentioned above, the documentary demonstrates the negative impact of social media through a family and how it has affected their lives. While there are mixed reviews about how the documentary is filmed, honestly, it doesn’t really matter if the documentary is good or bad because every one should see this social media documentary once to understand what is controlling our senses from behind our screens.

Algorithms control how we engage with each other and consequently are shaping how we shop, connect and live. At the time of creation, the creators of these technologies had no idea what they were unleashing to the world. They had no idea what power it could have over people today and a few of them also wished that they created these platforms.